Wes Doss: In dire condition after Medical Malpractice and Gross Negligence nearly cost him his life! 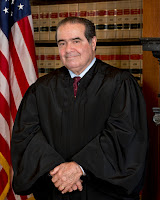 Saturday February 13, 2016 was a very sad day in America. It lost its greatest champion of interpreting the Constitution as it was understood at the time of its adoption, Supreme Court Justice Antonin Scalia who died at the age of 79. In today’s timeframe a relatively young man but the real loss is in his larger than life personality, his outspoken defense of conservatism and the US Constitution, and his “take no prisoners” dissents that left no one in doubt of his thoughts on the matters.

Justice Antonin Scalia was appointed to the Supreme Court by President Ronald Reagan and served this country for three decades, sadly leaving this earth at a turning point in this countries struggle to hold fast to the Founding Fathers intentions of freedom and liberty. And leaving many of us concerned over the continuation of their principles, our freedoms and the countries greatness.

For us as gun owners, his majority vote on District of Columbia vs Heller declared the 2nd Amendments rights of an individual to bear arms, turning the tide of gun laws. After Chicago vs McDonald reiterated the ruling declaring that Chicago’s handgun ban violated the 2nd Amendments right of the individual to bear arms, it locked in the DC vs Heller ruling for the States. But the big question now is how will his death impact these rulings and the longevity of the 2nd Amendment? Is this the death knell for our rights?

Its a frightening turn of events that leaves these decisions in the hands of the most Liberal Administration in the history of this country. Will the Conservatives in the Senate fight any liberal candidates to replace Scalia? Do they even want to?

RIP Justice Antonin Scalia; your voice of reason will be sorely missed.