What a Professor should be 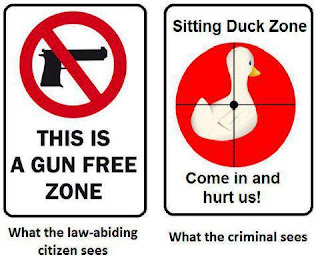 OK I’ve listened to the news and I’m finally at my ranting point so here I go!  I’m sick and tired of listening to this garbage about “mass shootings” they are “mass murders” or “massacres” or “attacks” … I’m a shooter that goes shooting on a regular basis but I’m not a bad guy. He or she that attack in Gun Free Zones are the criminals with murderous intent, they are also the cowards because they only pick targets that don’t shoot back. They should try going to Texas, Arizona or other gun friendly states but they won’t because  (you got it) we’d shoot back.

I’m also sick of listening to these idiots who don’t know a darn thing about gun owners talking about a couple of thousand rounds, 2 pistols and 2 rifles as enough to arm a small army. Now I’m not out to raise a red flag but that would be a pretty small army. Obviously they haven’t been out for a day at the range with a group of buddies. 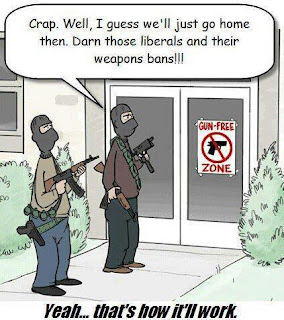 I’m sick of listening to the drivel about being disrespectful for showing the face of the murderous female who took baby shower gifts from good people than went into their Christmas party and started killing as many as she could. AND I’m sick of listening to the media looking for a logical reason for a pair of radical Islamic terrorists to just go out and hurt people. They are RADICAL ISLAMIC TERRORISTS and they hate the American way of life (but they’ll take our money and hospitality when available).

I’m also sick and tired of listening to other leaders show more strength and reason than our weak kneed, mealy mouthed, American hater, Muslim sympathizer President who would rather make deals with our enemies than support our allies and continues to apologize for our way of life and continues to believe that we are too aggressive and the cause of all these world issues today.

But mostly I’m sick and tired of waiting for the other half of this country to grow a spine and brain and realize that we need to stand together no matter how much this administration tries to divide us. I believe they will find out that we have more in common than not. The more we allow our government to divide us by race, religion, gender, age, education, income and anything else they can devise the more we lose. We need to stop looking at what divides us and start looking at what binds us.

Speak out on social media and let everyone know how you feel and when you do remember to look at what binds us… after all it’s one of the things that made this country great in the first place when we stood together against a King.