Wes Doss: In dire condition after Medical Malpractice and Gross Negligence nearly cost him his life!

Political Season Is Upon Us 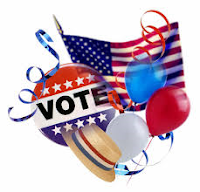 Now the “all” knowing politicians of both parties and their ” learned “ journalist friends will be giving us the benefit of their “superior”  intelligence on everything from gun control, hate crimes, abortion, defense, V.A. environment and anything else you can think of. Have you ever wondered why someone would spend millions of dollars for a job that pays salary & benefits about $600,000 per year? Do you think folks are donating millions of dollars because they like the guy/gal or maybe it’s the influence they can buy?

that half the officers and their spouses, would give the legally maximum amount to the Democratic candidate and the other half would do the same for the GOP candidate. As it was explained to me they didn’t really care who won as long as they had a path into the oval office. I am sure the same thinking was held for the Senatorial and House candidates.

Some years ago my wife ran as a Libertarian candidate for the U.S. Senate the one thing I’ll never forget her saying is “they lie” if it sounds good to say: I’m a Vietnam Vet… Or an American Indian or forget to mention they were disbarred or any other lie, they can always say “I misspoke” or in laymen’s terms LIED.

Be very careful who you vote for and if given the chance ask the tough questions. If they don’t stand by their campaign statements, call them to task. Write letters, call, email, and fax but let them know when you are not happy and also when you are happy with their performance. Remember THEY WORK FOR YOU.

One other thing never let them forget they took an oath to defend this country and it’s constitution freely without coercion and you as a voter expect them to abide by that oath.